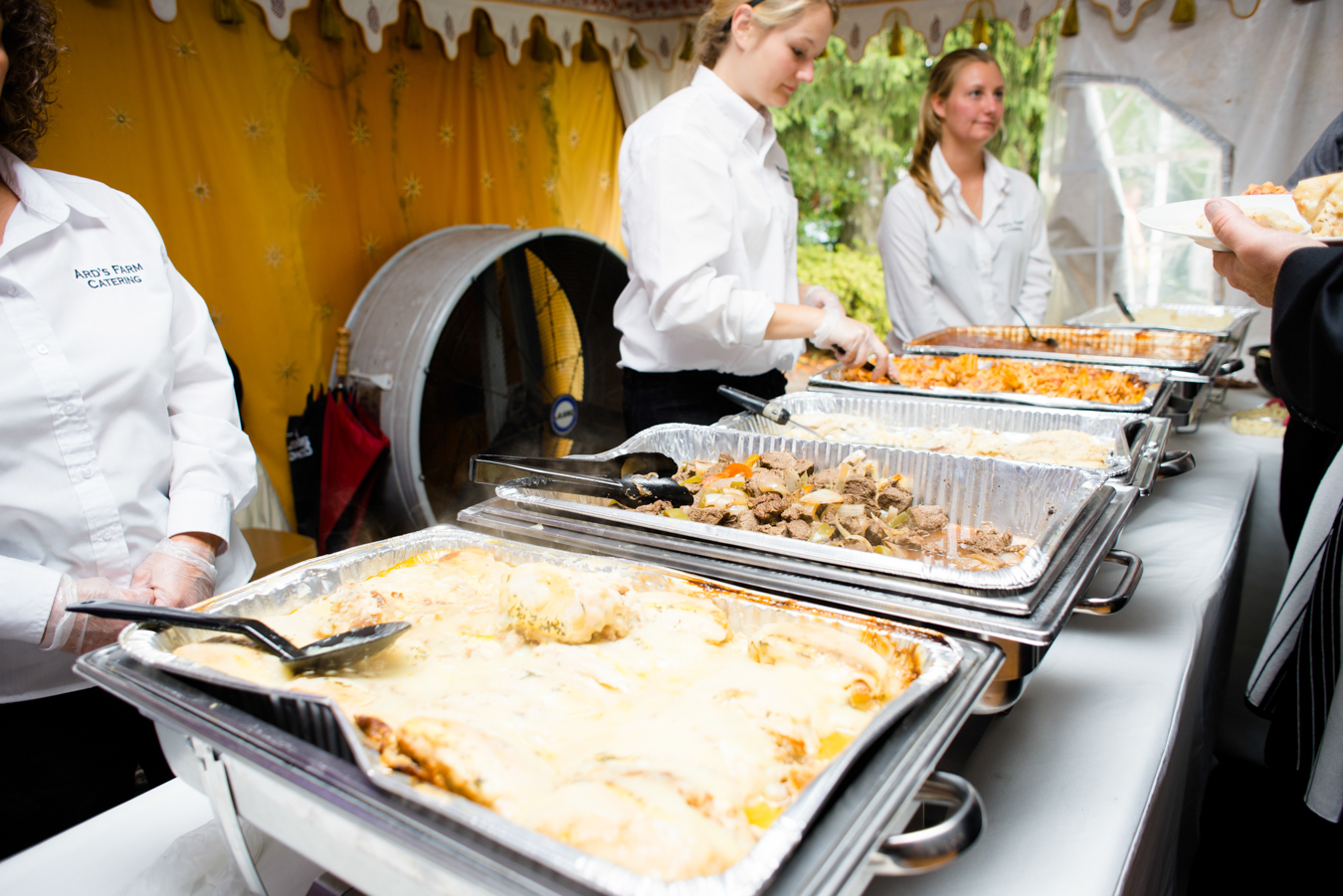 Pick Ups and Deliveries
Whether your event calls for an elegant sit-down dinner or a quick grab and go meal,  Ard's Farm is here to help! Call our professional staff today to create the perfect menu for your event. You can either pick it up, or we can deliver it straight to your business or venue!

Graduation Parties
Throwing a great party involves great space, great friends and of course, great food! At Ard's we've been hosting graduation parties for years; making us nothing short of experts! Whether you would like to utilize your place or ours we are happy to help! We have a number of full-service catering options, or if you just need the food delivered, we are more than happy to make custom menu deliveries. Ard’s Farm can also provide bar service for your event.

Showers
Showers can produce major stress as you try to create a perfect event for your loved one. There are many responsibilities for shower planners, such as games, food, drinks, music, and other entertainment. You've got enough on your plate; let us help with the dining elements! We have casual or formal dining options available just for you. We promise to make it an event guests will never forget!

Large Groups
Here at Ard's, we believe quality and quantity go hand-in-hand! Our quality never suffers because an order is large. Ard’s Farm has been in the business for over 20 years and has mastered the art of catering to large crowds. We are happy to cater events from 10-2,000! And if you don't have the space, we can offer several location options that are perfect for groups of any size! 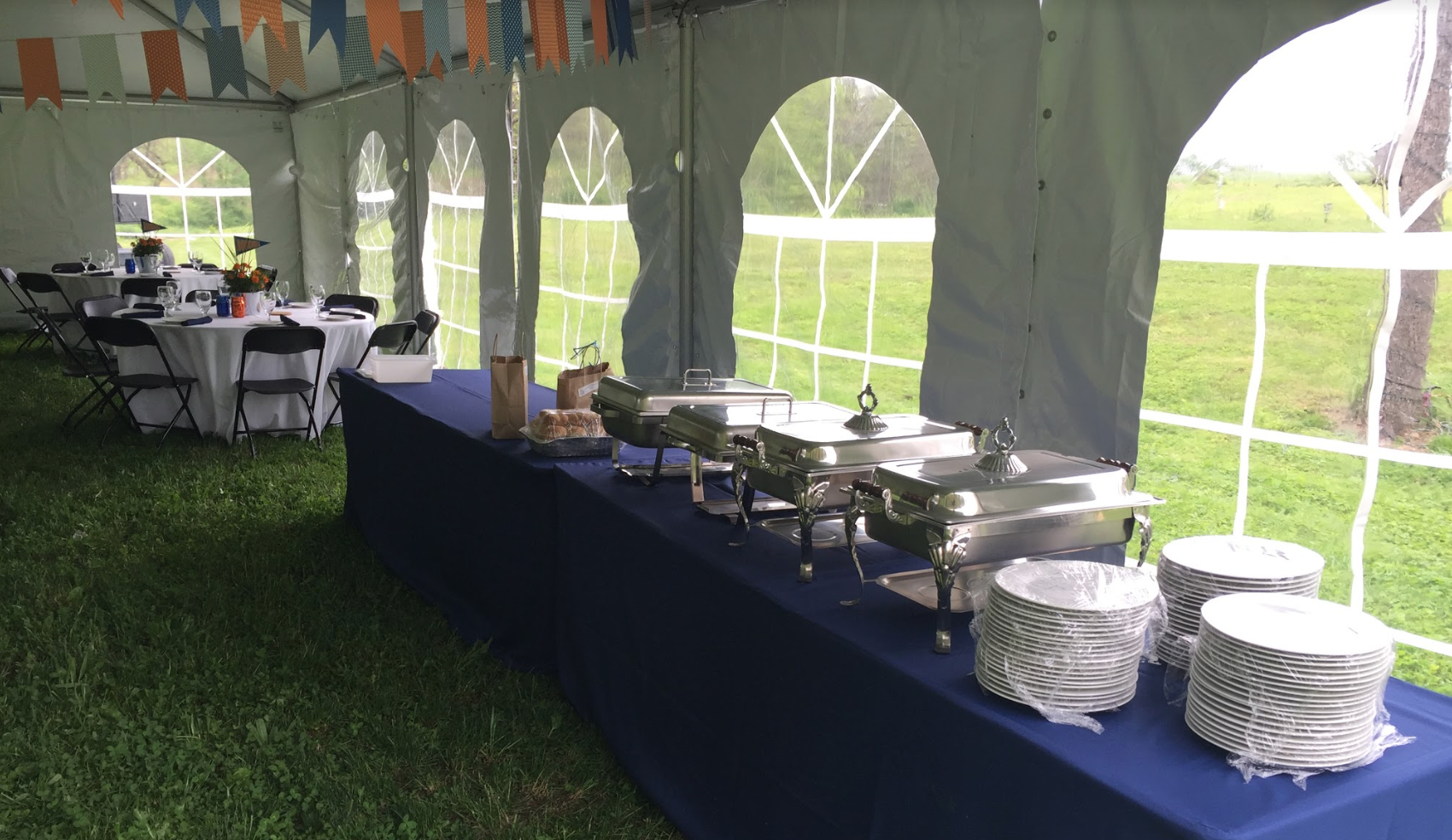 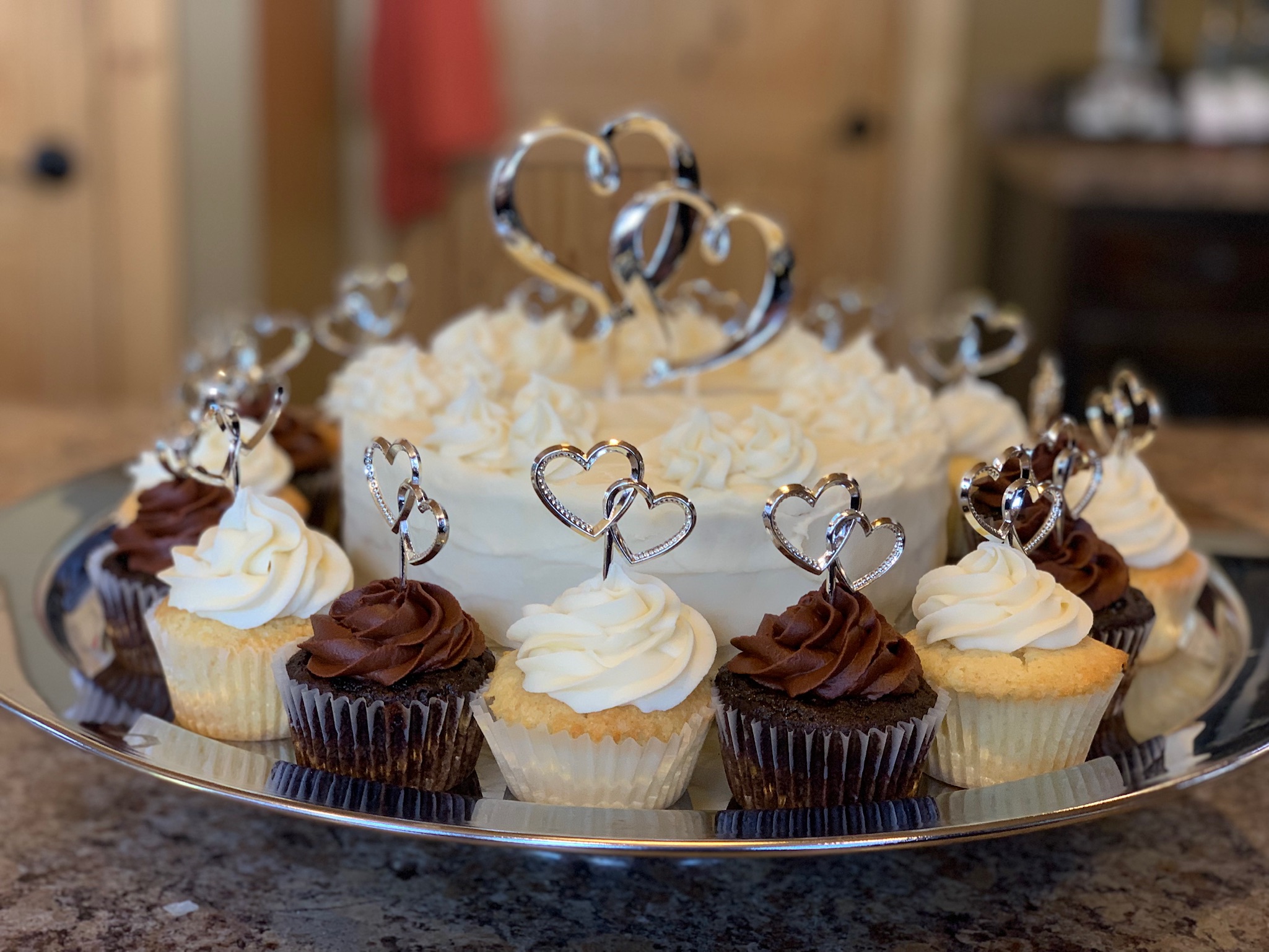 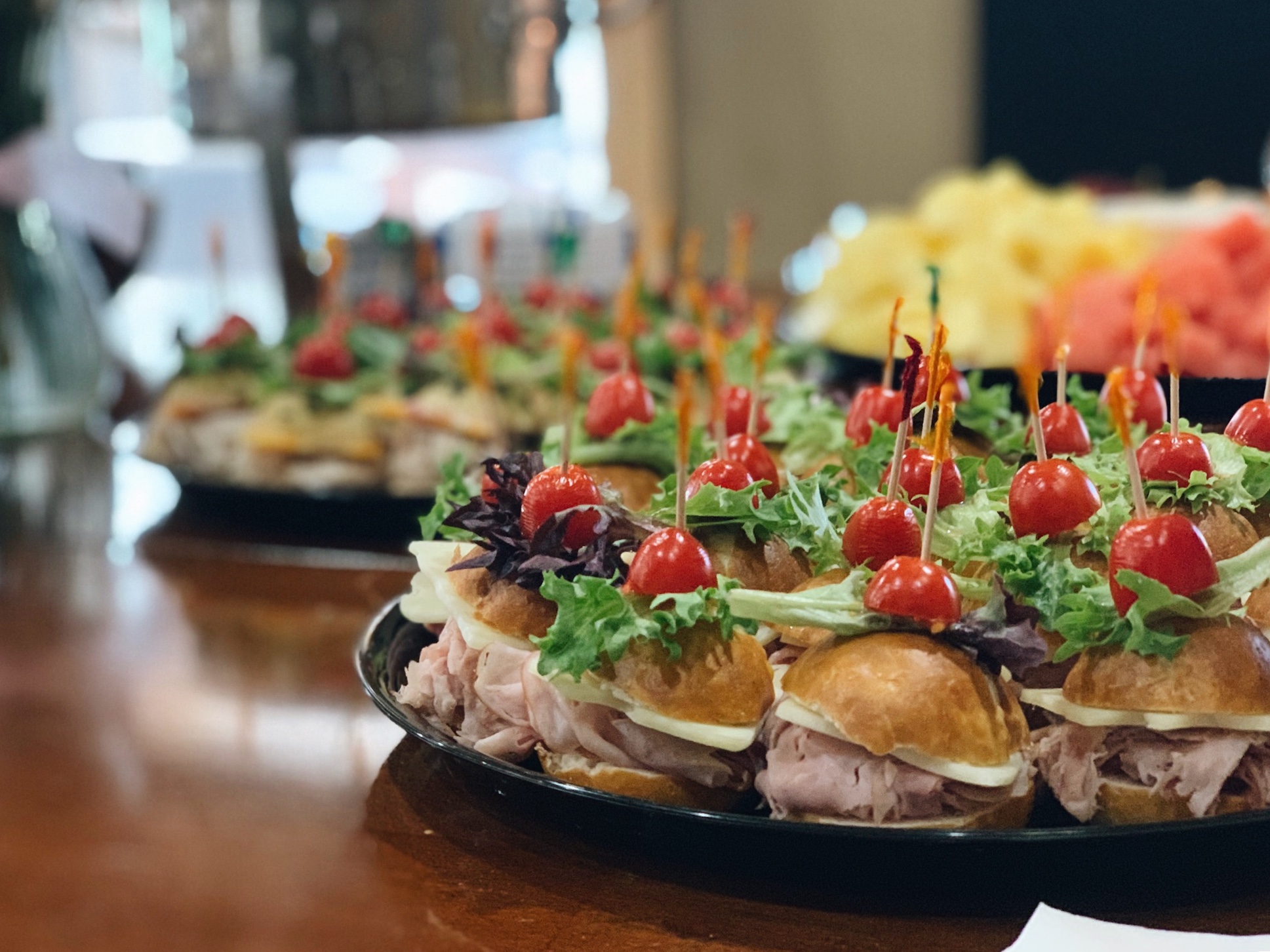 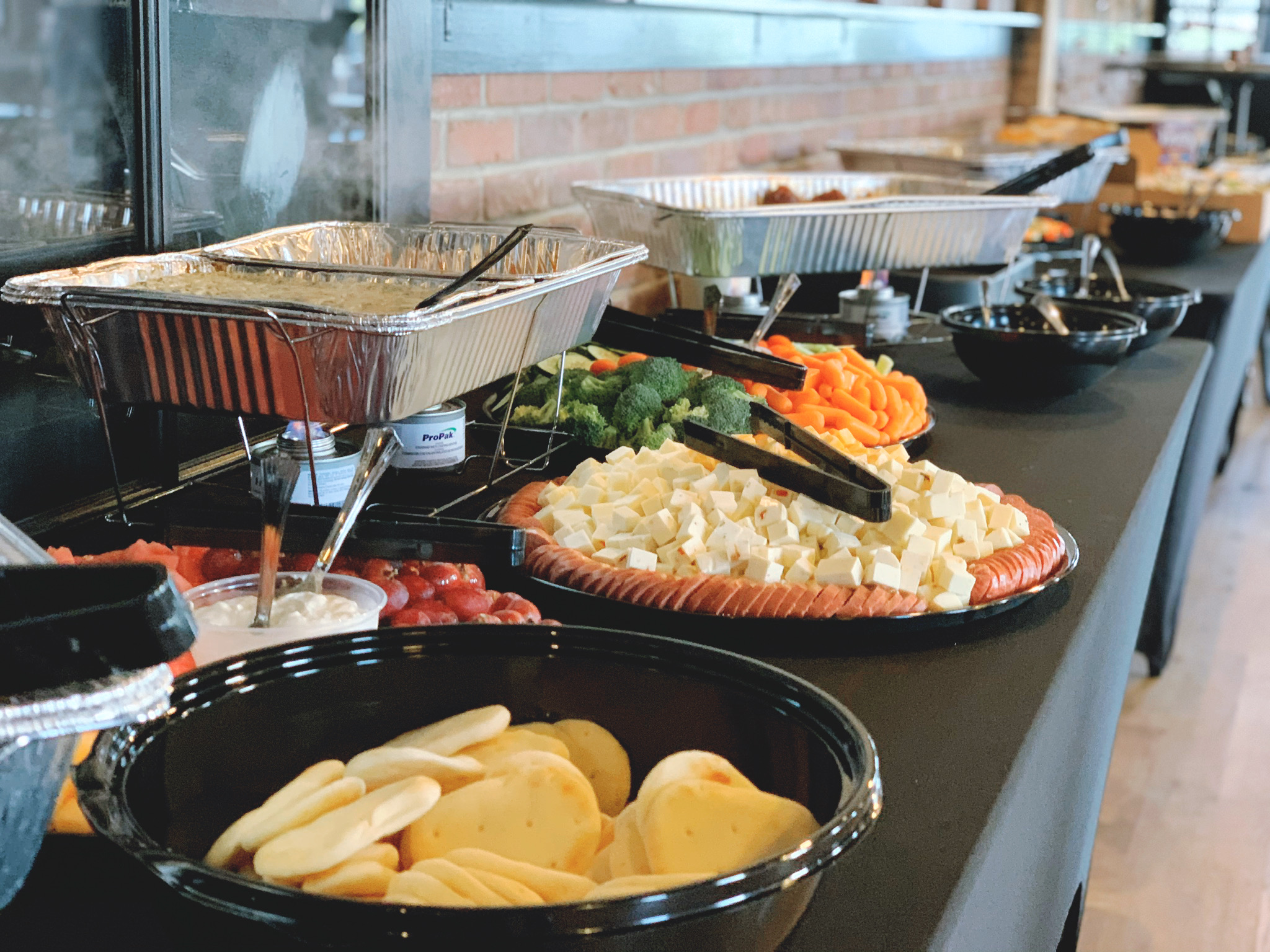 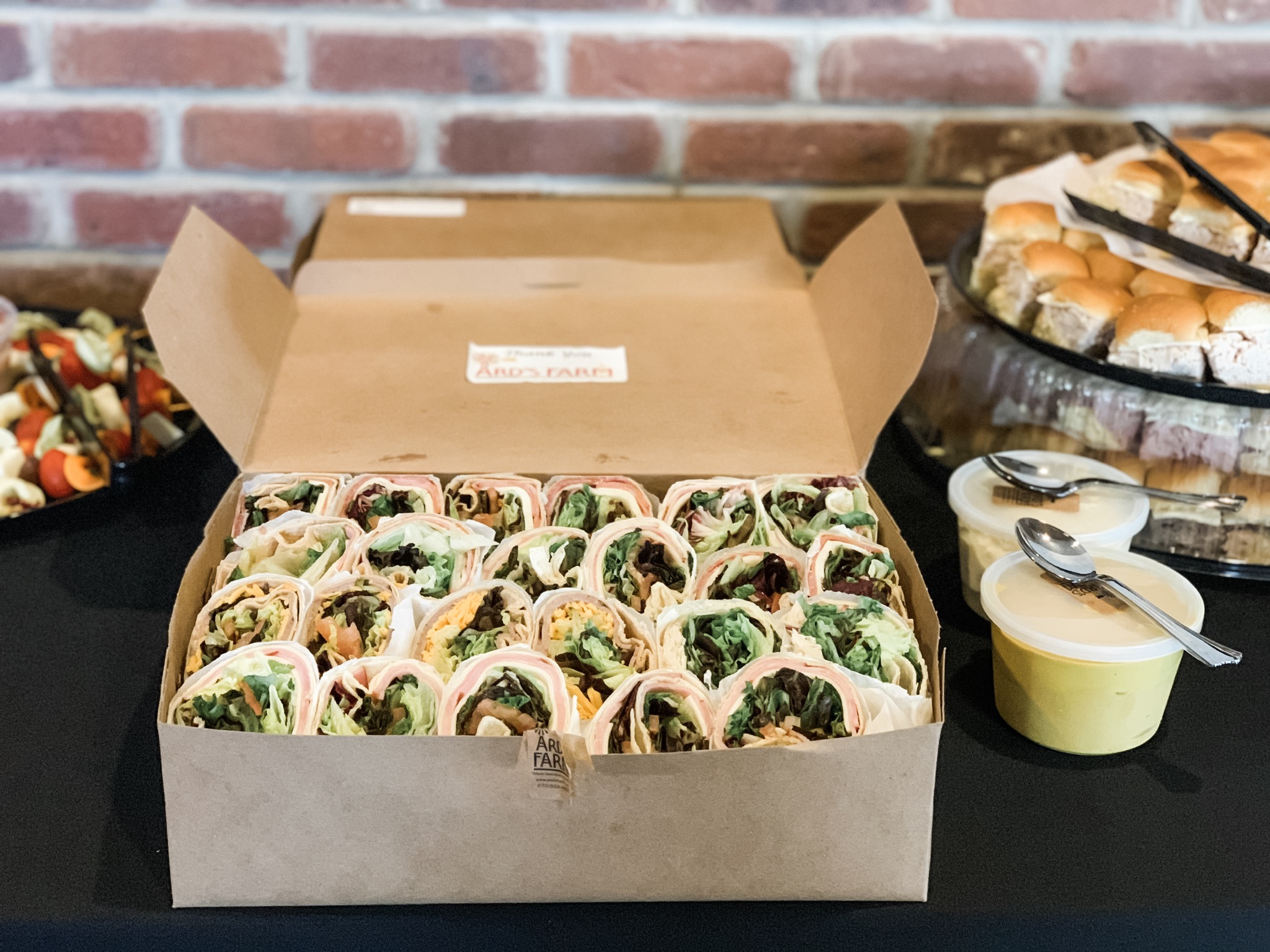 Corporate Events
Ard’s Farm has catered many business luncheons and corporate parties in our 20 plus years in the business. We know our performance as caterers reflects directly on you; and we take every step possible to make sure the event is a success. Whether you are hosting a company-wide meeting, client open house, or are in charge of the company party, we are there to help!

Full-Service
As a full-service catering company, we are happy to provide everything you need to dine at your event. Paper products can always be included in your order, and we have china, linens, and more available for rental service. All catering orders can include set-up and tear-down of catering items, service by our staff, and of course our freshly prepared food! Sit back, relax and let Ard’s take care of things for you!

Business Lunches
We understand that your days can be hectic and a meeting can’t always be interrupted by lunch! We have many different lunches available from simple bagged lunches and served buffets, to a black tie sit-down lunch. Ard’s Farm's staff will be happy to deliver, set-up or even serve your meal to make sure that your meeting stays right on track.

Bring your Corporate Event to One of Our Locations
Finding a quiet place that is the perfect size for your meeting can be challenging, but Ard's Farm has many venue options available. For company-wide meetings, Christmas parties, or other large events, The Cellars at Brookpark Farm is our recommended choice. This venue is an indoor facility with heat and air conditioning, as well as exclusive priority access to Ard's catering. If you're looking for something a little out of the ordinary, we also host corporate parties in the pavilion at Ard's Farm. In the fall season, combine your corporate event with our maze park for the perfect team building exercises! 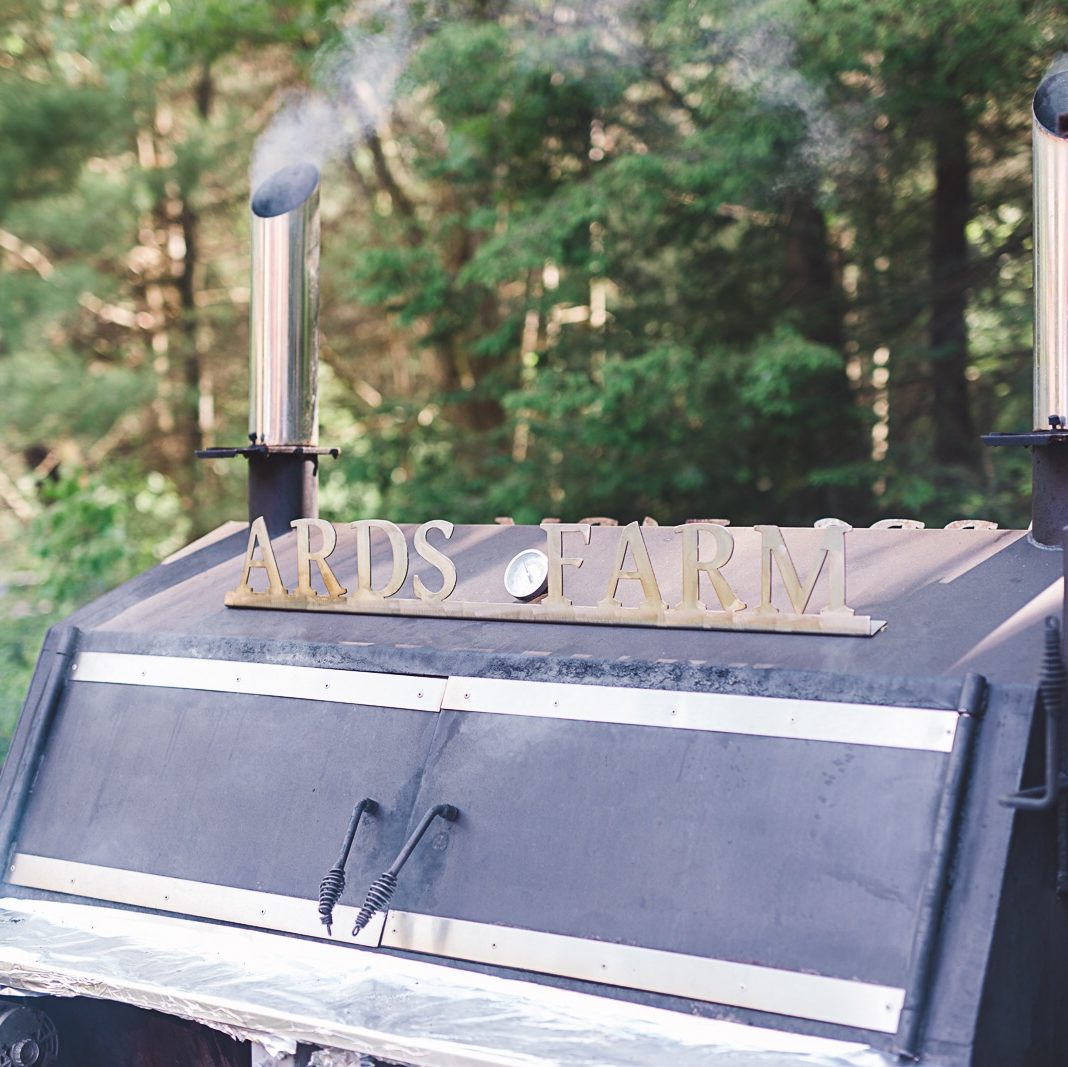 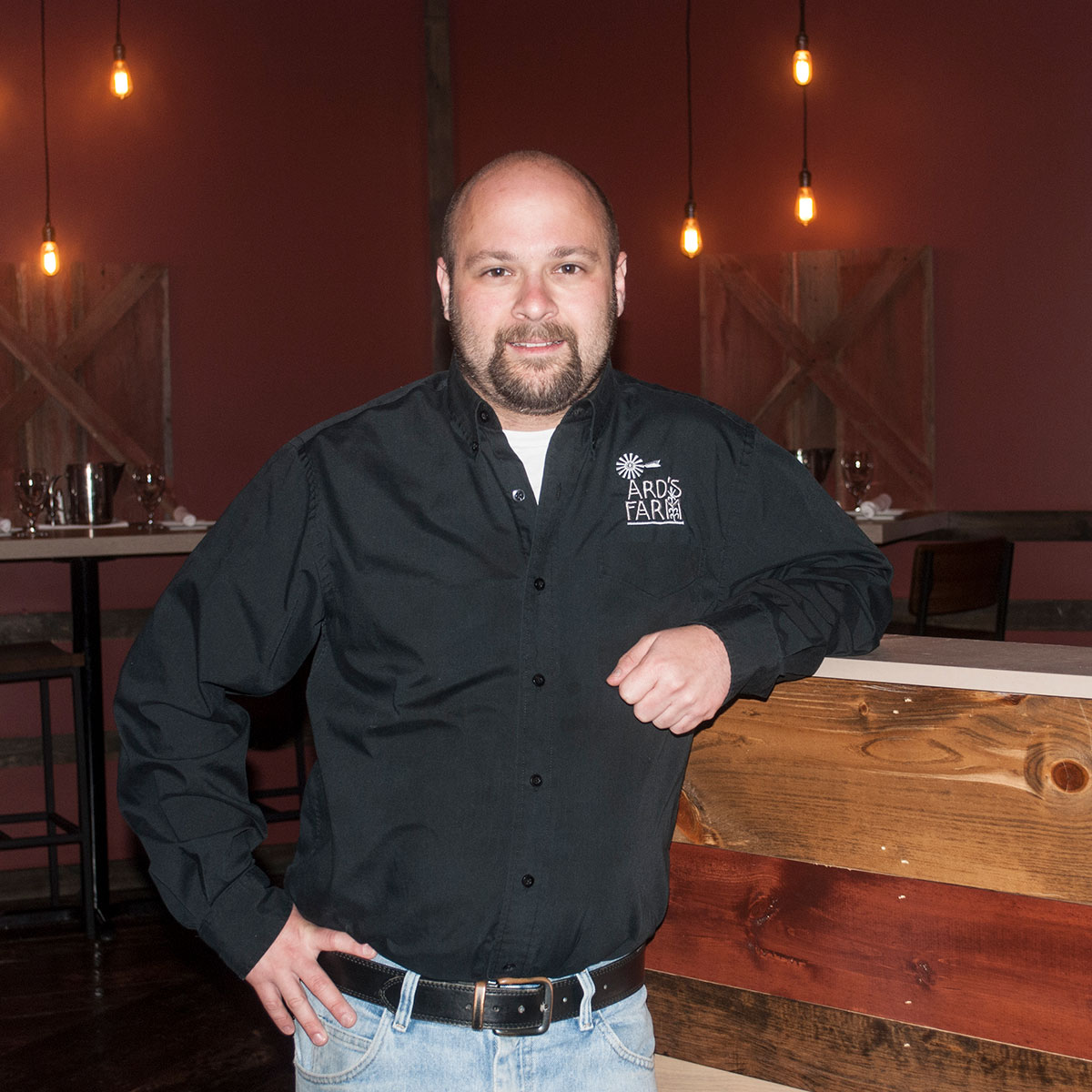 Jay began his working career as a junior in high school at Country Cupboard in 2002. He worked at Country Cupboard while advancing his education at Pennsylvania College of Technology, where he earned his bachelor's of science in networking technologies. Looking for a new opportunity in 2009, he found Ards. He began working at Ard’s while running his own computer business. His first day he was thrown in to the catering end of things and began to learn the business! Eventually, Jay had the opportunity to become the catering manager. He accepted the additional work including food preparation, every day deliveries, corporate events and even some weddings!  Jay has adopted the Ard’s philosophy that is customer comes first and takes that to heart!

In conjunction with being the catering manager, he is also Ard’s own “technology guy.” One of his first tasks was to transition Ard’s general cash registers into a user-friendly point of sale system. This system has allowed Ards to keep better inventory control as well as shows where each payment goes! From there, he has let his passion of technology expand throughout Ards. He does everything from maintaining his original point of sale system, to installing WiFi, to servicing computers, keeping our camera system on track and many other behind the scenes things (most the general public don’t understand, haha.) These technological advances have made communicating throughout the business much easier! Whether the Ard’s team is onsite or offsite we always have access to the details. Jay is a jack of all trades, master of technology at Ards.

Not only does Jay have a hand in the business, but he will always be considered a part of the Ard’s Farm family! He has worked for the business in 2009 and still pours his heart and soul into what he does. You might even see him catching a movie or going out to eat with the Ard kids on a regular basis.